The Chamber of Commerce “Delta- Lagoon” operates in the provinces of Venice and Rovigo and it is characterized by an area of 4,292 km2, 23% of the total region area, mainly flat and facing the sea for about 200 km. The population, by 1st January 2016 was of 1,096,236 inhabitants, decreased by 0.4% compared to the previous year. 23.9% is over 65, increased of 0.3 percentage points over the previous year. 78% of the population is concentrated in the province of Venice where the density is of 347 inhabitants per km2, while the province of Rovigo boasts 133 inhabitants per km2. Foreign people living in the area are 9.2% of the total inhabitants and, after many years of growth, the trend is decreasing of 0.7% compared to the previous year.

The entrepreneurial system of the Delta-Lagoon area, by 31st December 2016 counted for 132.694 registered businesses (12 enterprises every 100 inhabitants), 22.3% of total regional enterprises. Foreign exchanges have been characterized by different trends in the two provinces: Venice shows an increase in exports of + 4.3% and of + 2.1% in imports, with performances higher than the national and regional average, while for Rovigo exports decreased of 5.3% and imports of 41.6%. The largest commercial market is Europe (70.6%) and it is the area towards which exports have increased more significantly (+ 6.3%). 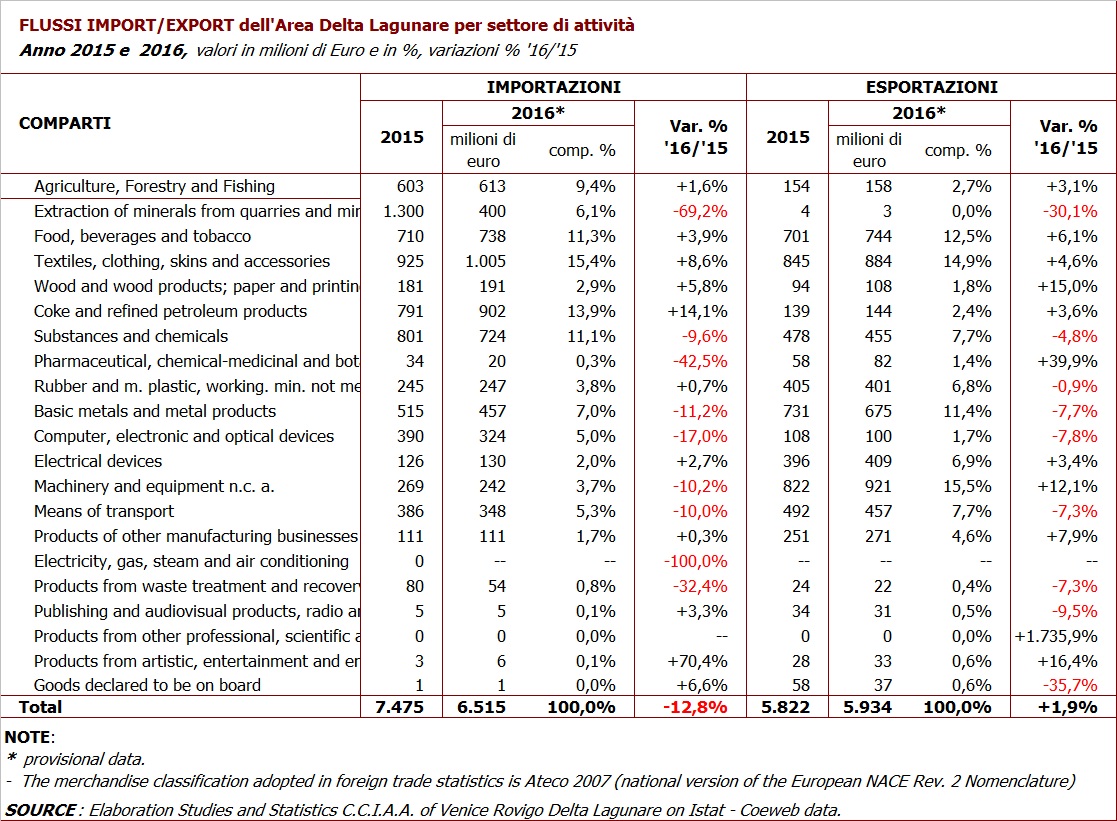 More information: The economic profile of the Province of Venice

More information: The economic profile of the province of Rovigo